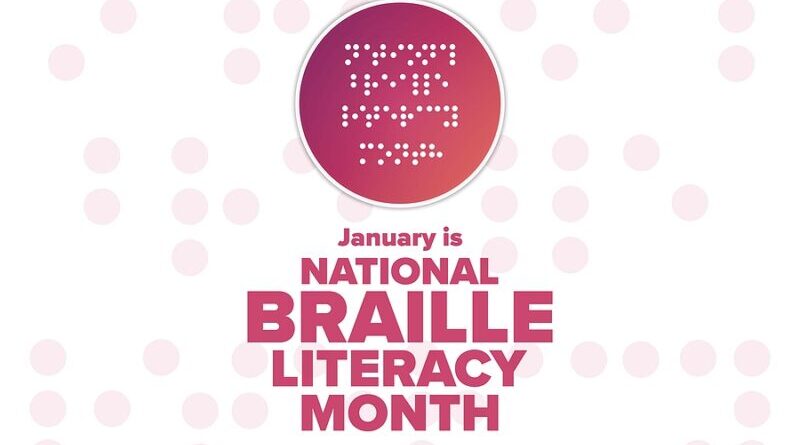 But these days, many people are wondering: with all the new assistive technologies that come out each year, is braille still a necessary system? In honor of Braille National Literacy month in January, we’re going to take a look at braille’s history, its usefulness, and the basics of learning braille.

Louis Braille: A 15 Year-Old Inventor Who Changed the World

At three years old, Louis Braille was playing in his father’s tool shop when an accident blinded him in one eye. The wound resulted in an ocular infection that left him totally blind by age five.

Growing up, Louis performed very well in school and learned by listening. He later received a scholarship to attend the National Institute for Blind Youth in Paris. There, he was introduced to the then widely-used tactile system, embossed texts.

But Louis found this system to be cumbersome and hard to use, and was determined to find a better way. One day, a man named Officer Barbier attended the school and presented a system of raised dots and dashes he’d invented for soldiers to communicate at night. Louis immediately recognized the merits of the concept.

Taking inspiration from Officer Barbier, Louis spent years developing and perfecting his own system of raised dots until he completed the braille alphabet in 1824. He was just 15 years old.

Braille is a system of raised dots that can be read with the fingers by people who are blind or who have low vision. Braille is not a language, but rather a code that can be used across languages.

Braille letters and numbers are written in small, 6-dot cells, with each letter and number displaying a different pattern of raised dots within a cell. See our condensed braille chart below:

These days, there have been so many advances in assistive technology that people have speculated on whether or not braille is still a relevant reading/writing system for the blind and visually impaired.

Our opinion is yes, of course braille is still relevant! But Paths To Literacy put it best when they said:

“…The most helpful response [to that question] is to ask if they think that sighted children should still learn to read print, now that audiobooks are available. What would a parent or administrator think if it were suggested that we could get rid of pencils and pens, now that computers and digital devices are so readily available?”

So, would you get rid of pencils and pens? Would you consider not teaching your child to read? Of course not! Learning to read and write are essential parts of education, and necessary skills to carry into adulthood. The same goes for learning braille.

To this point, Perkins School for the Blind interviewed students and working professionals about the value of Braille in their lives. Here are some of their responses:

Yes, there are some amazing new technologies out there. There’s the familiar assistive technologies like audiobooks and vocal crosswalks, and then more recent developments, including helpful apps like OneStep Reader and TapTapSee, or 3D printed children’s books.

But for the blind and visually impaired, braille is an invaluable, irreplaceable tool that helps them connect with and understand the world around them.

Why Braille Matters To SCS Elevator

Our founder Robley G. Cook was a visually impaired individual. He recognized the need for directional braille signs to help people like him navigate their environments, and identified the elevator industry as the primary market for his braille sign products.

As a result, SCS Elevator Products is the leading manufacturer of elevator jamb braille, cab braille, and elevator signage in North America. We take pride in providing visually impaired individuals with the tools they need to get to their destination.

Do you need to make your elevators accessible to the visually impaired? Whether you need specialized order fulfillment or custom products, SCS is here to help — contact us today!

How It Works: Sublimation Printing

This may be a good place to introduce yourself and your site or include some credits.